Hit enter to search or ESC to close

We have a wide range of co-curricular activities on offer, which complement the Performing Arts programme at St Mark’s School. An exciting range of dramatic and theatrical opportunities are available for all students.

The Performing Arts programme at St Mark’s School is taught to all students from Year 1 to Year 8, and includes many aspects of Drama and Dance, as well as Trinity College London Group Drama Examinations and school productions.

In addition to the classroom programme, we also offer the following lunchtime and after school activities:

Our After-School Speech and Drama Classes are a wonderful way to develop confidence, while exploring the performance of poetry, plays and stories as well as elements of creative drama such as mime and improvisation.

This is an amazing opportunity to develop 21st-century skills, including: communication, creativity, abstract thinking and problem solving, collaborative working skills and confidence!

We also offer Musical Theatre classes as part of our After-School Speech and Drama Programme. These classes allow students to combine acting, song and movement through performance. Students will have the option to sit Trinity College examinations in Musical Theatre if they choose.

Dance Club is a select group for Year 5 – 8 students. Students who are interested in joining the dance group will audition in the first weeks of Term 1.

Using modern and current music, children learn and rehearse a variety of dance styles from Hip Hop through to Jazz. Students are provided an opportunity to choreograph their own dances to set music, collaborate with others and perform to an audience on a regular basis.

In previous years our Dance Club has competed against other schools at a range of events including the Wellington Artsplash Festival and ShowQuest.

Junior Musical Theatre Club is for students in Lower Primary with a passion for singing, acting and dancing performance. Students work on small excerpts from Broadway and West End Musicals.

In 2021, the club will be performing scenes from ‘The Little Mermaid’. This will be performed at the Grandparents’ and Special Friends’ Day held in June.

Open to all students in the Upper Primary. This very popular lunchtime club has in the past explored shows such as Mary Poppins Jnr. and The Sound of Music.

In 2021 the Snr Musical Theatre Club will be performing ‘The Wizard of Oz  (Young Performers Edition)’ in Term 4.

For Upper Primary students who want to stretch their acting capabilities by tackling Shakespeare. Students work on small excerpts from Shakespeare’s best-known plays.

Our Shakespeare Club takes part in “Primarily Playing with Shakespeare”, which is organised through Shakespeare’s Globe Centre New Zealand. In recent years this has seen our students performing scenes from Much Ado About Nothing, Twelfth Night and The Comedy of Errors. 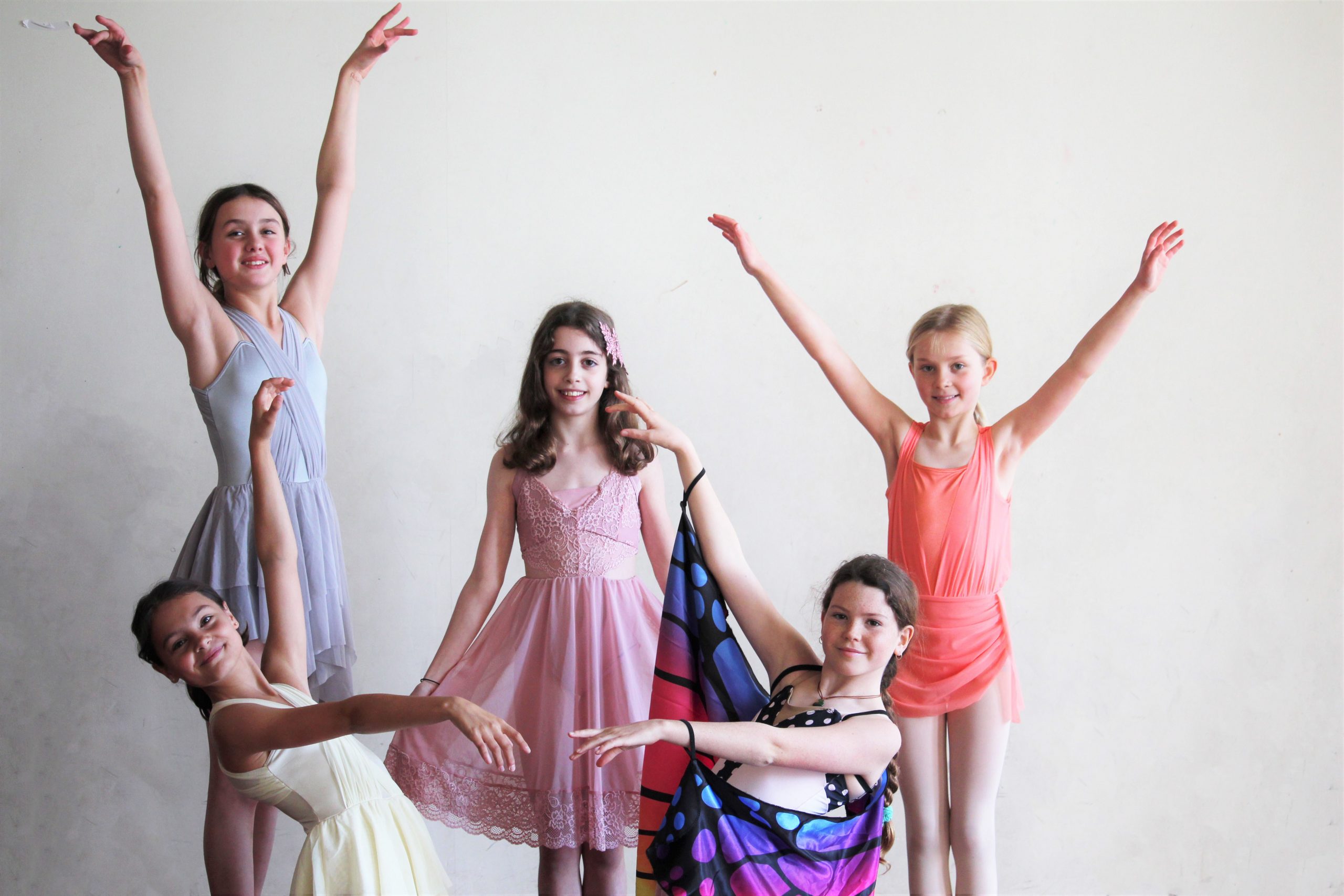 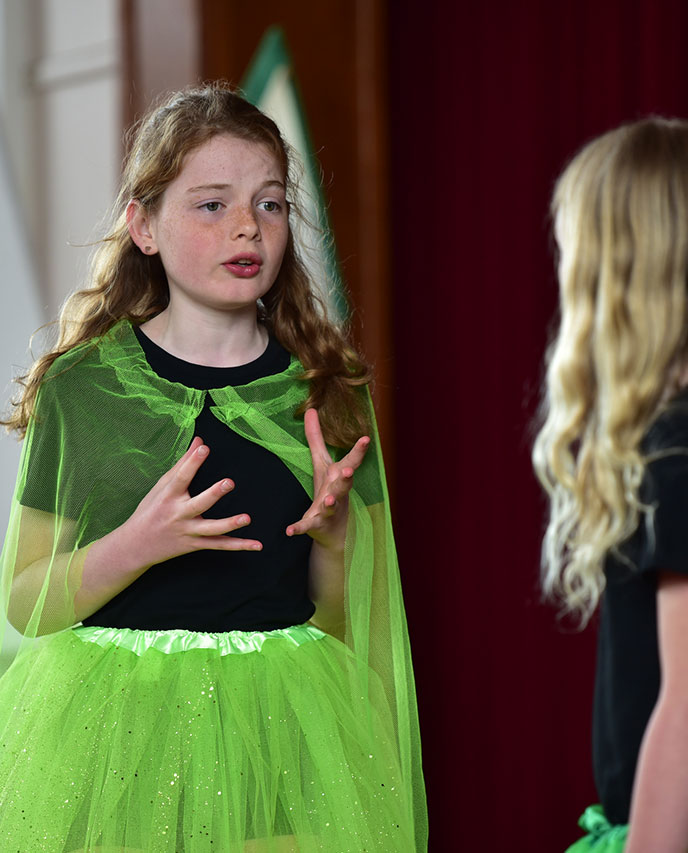 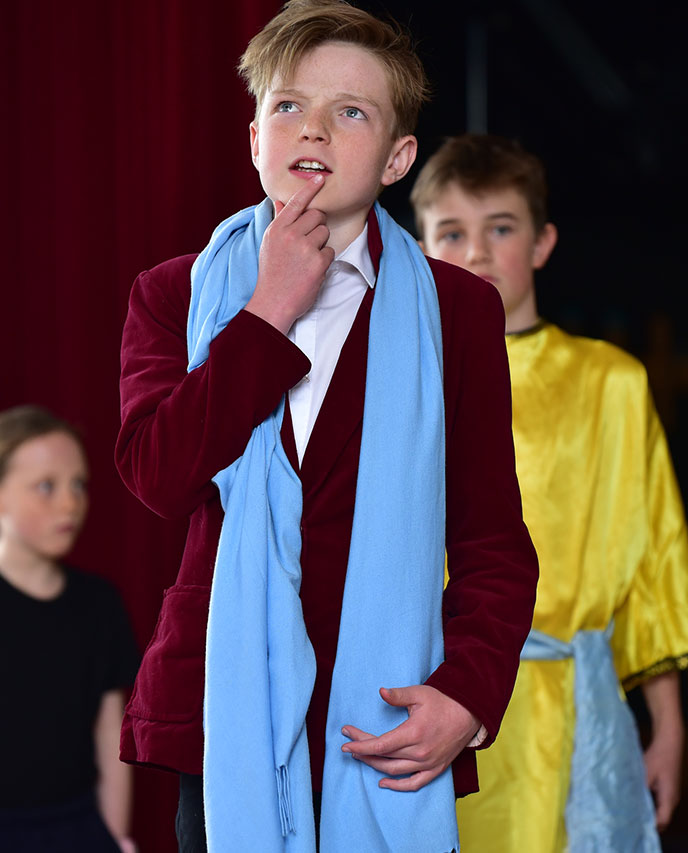 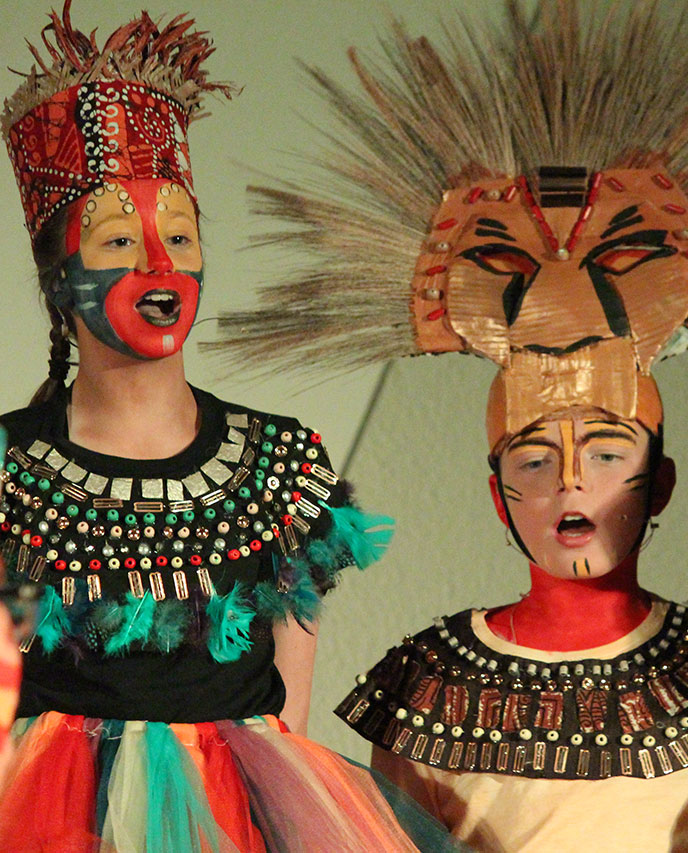