Hit enter to search or ESC to close

We offer an advanced Itinerant Music Programme at St Mark’s, with lessons available in a wide variety of instruments as well as voice.

Lessons take place during school hours by a team of highly professional musicians, many of whom play for the New Zealand Symphony Orchestra.

Tuition is offered to students in Years 1-8 (depending on the instrument and tutor). A rotation system is in place to ensure a child does not miss the same subject every week.

If you wish to enrol your child in itinerant music lessons, please contact our Director of Music, Miss Anya Nazaruk at anya.nazaruk@st-marks.school.nz

There is a limited stock of very high-quality instruments which St Mark’s School offers rent-free for beginner students who are signed up for a full year of tuition. The instruments available are: flute, saxophone, trombone, trumpet and clarinet. The instruments are offered on a first come first-served basis. Please contact the Director of Music, Anya Nazaruk, if you wish to use this offer.

Many of Debbie’s students have gone on to careers in music, in both Classical and Jazz, or are currently studying piano performance at University.

Andre is an accomplished saxophone and clarinet teacher who has been involved in the Wellington music scene since graduating from Massey University in 2002 with a Bachelor of Music (Jazz Performance). Andre also holds a post Graduate Diploma in Teaching from Victoria University.

Some of Andre’s career highlights include performing with the NZSO, Orchestra Wellington and The Black Seeds, and performing for Prince Charles’ 64th birthday and Prince William on their visits to New Zealand.

Ben graduated from the New Zealand School of Music in 2011 with a PGDipMus and BMus (Jazz).

He is an Associate Member of the Institute of Registered Music Teachers (IRMTNZ), and plays and writes original music for a number of bands. Ben is a very accomplished musician and is currently principal trumpet of the RNZAF Band, and lead trumpet with both the Rodger Fox Big Band and Wellington Mingus Ensemble.

Ben has also performed with the New Zealand Symphony Orchestra, Orchestra Wellington and The Black Seeds, and was a featured soloist with the NZSM Brass Ensemble at the 2010 Melbourne International Festival of Brass.

Peter has taught drums for over 16 years. He has a very creative and innovative teaching style and a well-structured approach to lessons.

Ascending from the masterful teacher Chris O’Connor and also from renowned NZSM tutors Roger Sellers and Lance Phillip, Peter gained a Bachelor of Music in Jazz Drumming (2003 NZSM) and has continued to develop his skills, styles and techniques since then.

Peter performs in multiple bands and Jazz/Funk/Fusion/Rock collaborations, and also takes part in New Zealand’s Jazz Festivals alongside groups such as “The Nigel Patterson Quartet” and “The Jazz Robots” and “The PJD Trio”.

Michaela began her musical education at around the age of 6. She began to learn the piano and the violin but after moving from England with her family she discovered her love for singing at age 9.

Michaela is currently studying for a BMUS(Hons) at Victoria University, majoring in Classical Performance Voice. Last year she was selected as a Finalist for the Wellington Regional Competition Dame Malvia Major Aria and as a Finalist for NZ Aria where she performed with Maestro Giordano Bellincampi and the Auckland Philharmonia Orchestra.

Emma is an award-winning violinist with a long list of qualifications, including a Bachelor of Music with Honours from the University of Auckland, and a Masters degree in Violin Performance with an emphasis in String Pedagogy from the Longy Conservatory of Music in Boston, USA.

In Boston, she studied under famed violinist and pedagogue Mark Lakirovich, and also served as his teaching associate.

Andrea has been teaching the flute for over 30 years, to students from beginner to University performance level. She loves to see her students grow as musicians and achieve at their own pace in a way that is comfortable and fun for them.

Andrea has a Masters degree in performance flute from Auckland University and a postgraduate diploma from Trinity College, London. She has played with the Auckland Philharmonia and Orchestra Wellington.

Mark completed his undergraduate studies in performance music with David Bremner Principal Trombone with the NZSO, and his graduate studies in Chicago, USA. He is the former Music Director of the Wellington Youth Brass Band, Hutt City Brass and the New Zealand Secondary Schools Brass Band.

Mark regularly performs with the New Zealand Symphony Orchestra and Orchestra Wellington and has won many solo, party, and band titles, including five A grade championships where he was awarded best soloist in the test (2013), and a record four consecutive open tenor trombone championships (2010-14).

Peter is a very experienced guitarist who has performed and composed an eclectic mix of rock, jazz, latin, and classical bands and ensembles.

He holds a Bachelor of Music degree having studied performance guitar and composition at the New Zealand Conservatorium of Music.

Peter encourages his students to develop their own musical voice, focusing on the individual strengths and interests of each student. Peter’s students from St Mark’s have earned music scholarships and awards at secondary school played in rock and jazz bands and gone on to study music at the tertiary level.

Lachlan completed his Bachelor of Music with first-class honours in performance at Auckland University, before moving to London where he worked for 8 years as Professor of Double Bass at the Junior Guildhall School of Music and Drama. He has a great enthusiasm for passing on his musical experience to a younger generation.

Lachlan has worked with several world-class orchestras including the Auckland Philharmonia Orchestra, BBC Concert Orchestra, London Philharmonic Orchestra and the New Zealand Symphony Orchestra. He also plays in a trio “More Like Trees”, who blend a fusion of flamenco and drum’n’bass on acoustic instruments. 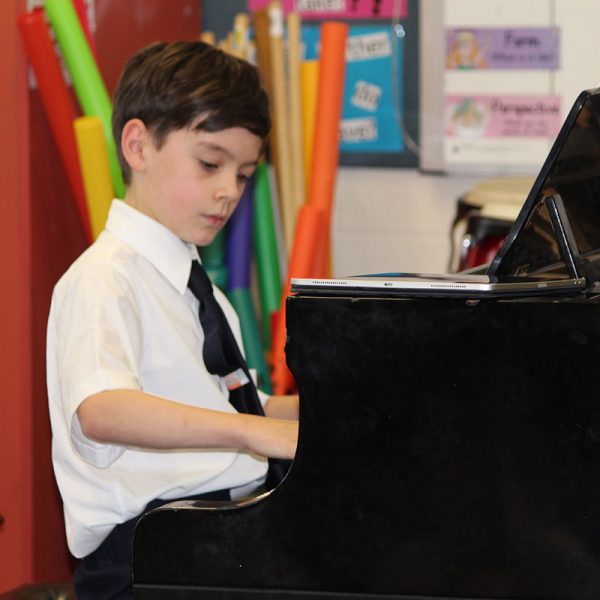 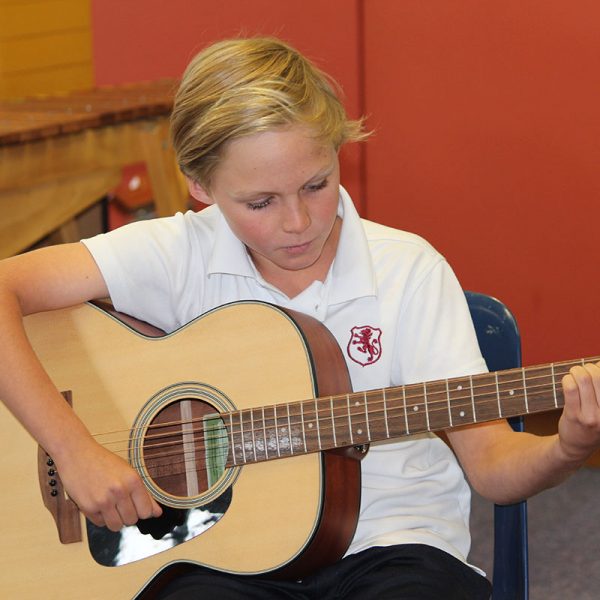 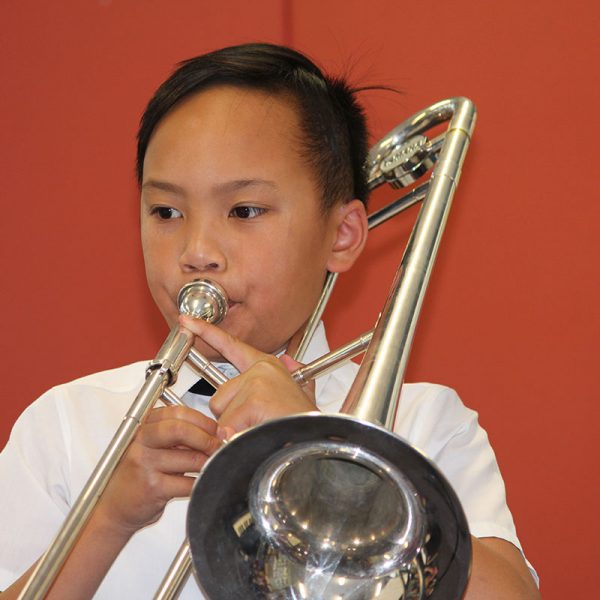 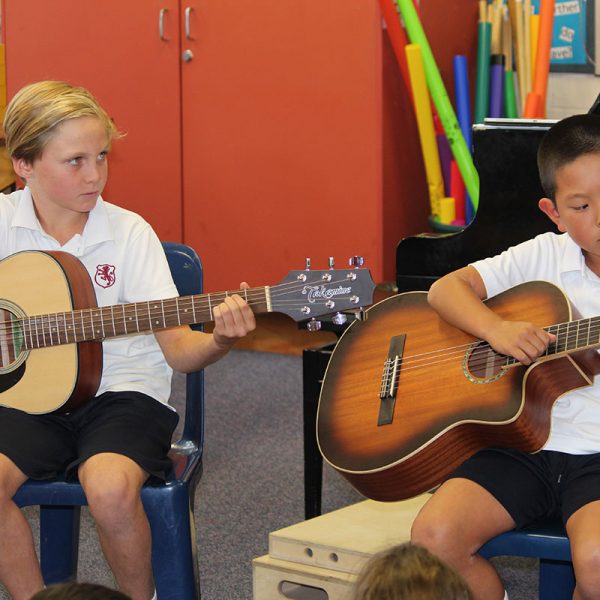 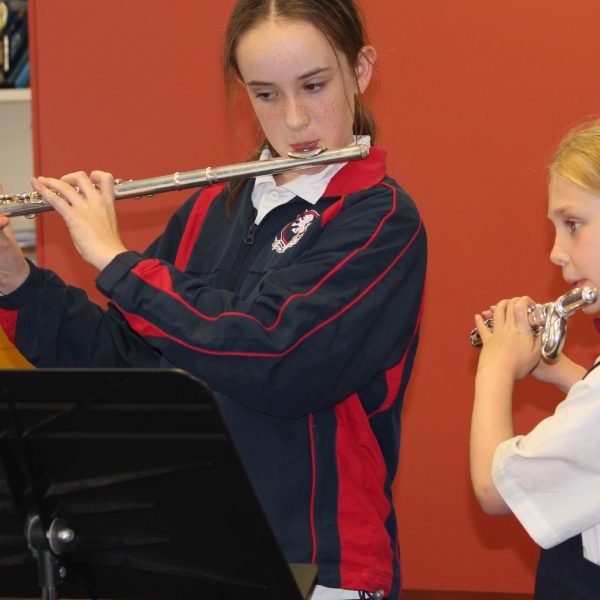